Next up in my allocated countries was Syria.  Wikipedia tells me that Syria has had 10 competitors in 7 sports, but I don't recall having seen any Syrian competitors. 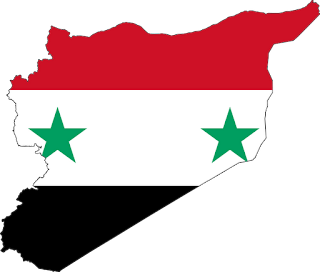 I wasn't sure what Syrian food would be like, but when I did some google searching and found lots of aubergine dishes I was pleasantly surprised - and pleased, I love aubergine, this one stood out for me though because it was so simple!  http://www.gourmed.com/recipes/Vegan-Syrian-Eggplant-18396.htm

Also it boiled the aubergine first - I only ever roast my aubergine so boiling it in water is a new one - it made the aubergine very tender, without needing any extra oil on it.  Unfortunately I forgot to add mushrooms to the shopping list, so mine is mushroomless.  It was still delicious though, and not very faffy.  I had it as a side dish to some pasta and pesto (not very authentic, but I wanted some for my lunch the next day!). 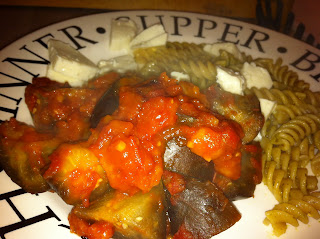 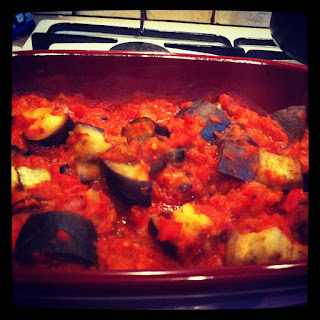