The Netherlands have been competing in the Olympics since 1900, wikipedia tells me they sent 178 athletes to London!

I'd originally lined up a pea and ham soup to do for The Netherlands but decided to pick a dessert instead - who could resist a chocolate custard?

I don't think mine was thick enough - possibly because I used a bit extra milk, I misread the recipe and added 75g of cocoa, so added the extra milk to try and salvage things!

I ate mine with strawberries, Phil had his with marshmellows!  I'd have preferred a firmer consistency, but liked the flavour. 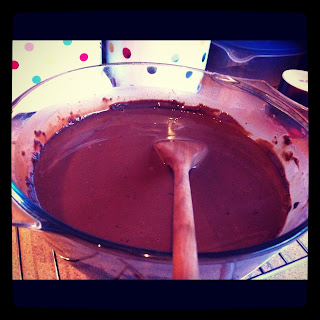 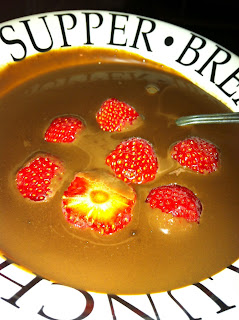