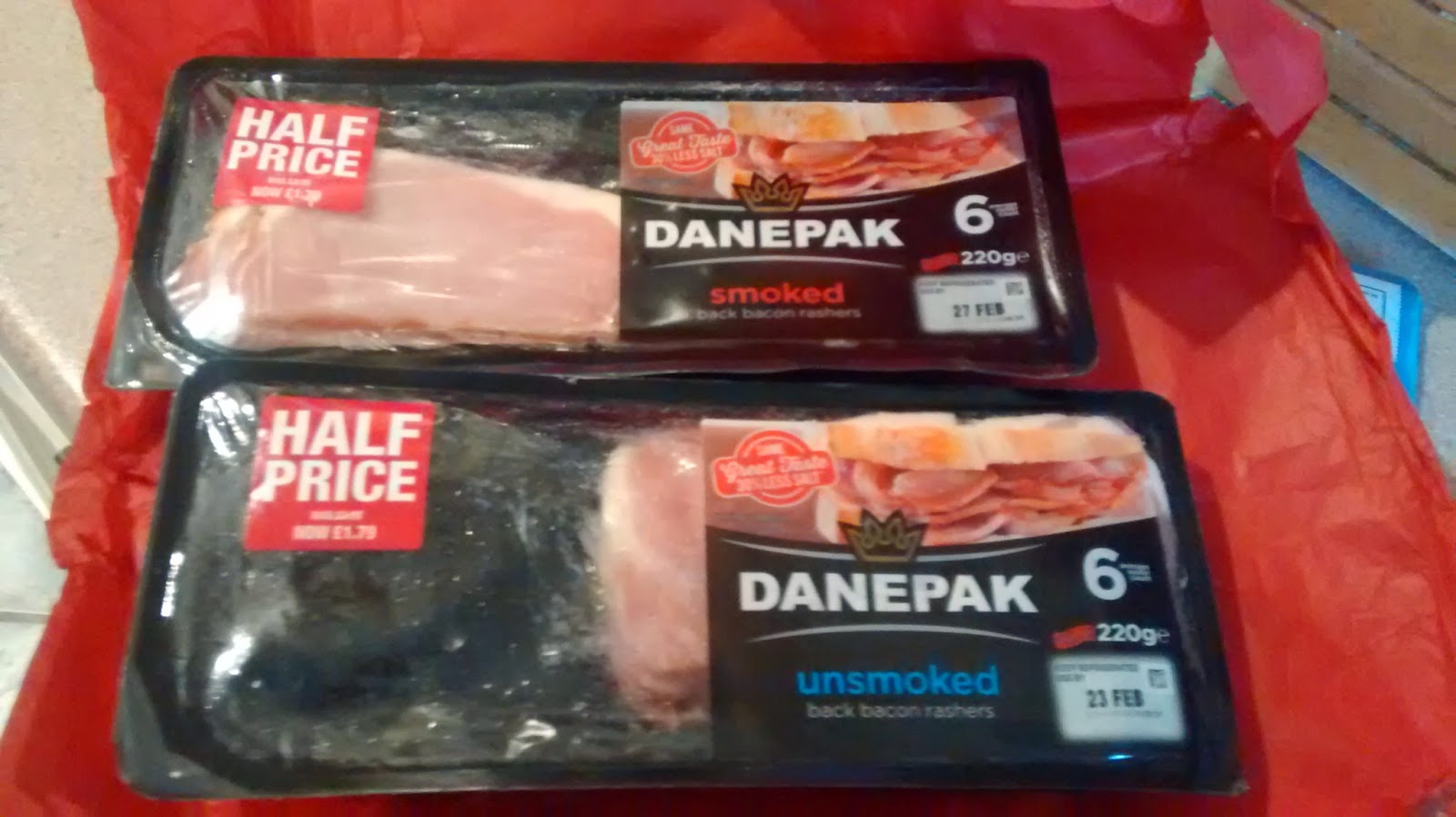 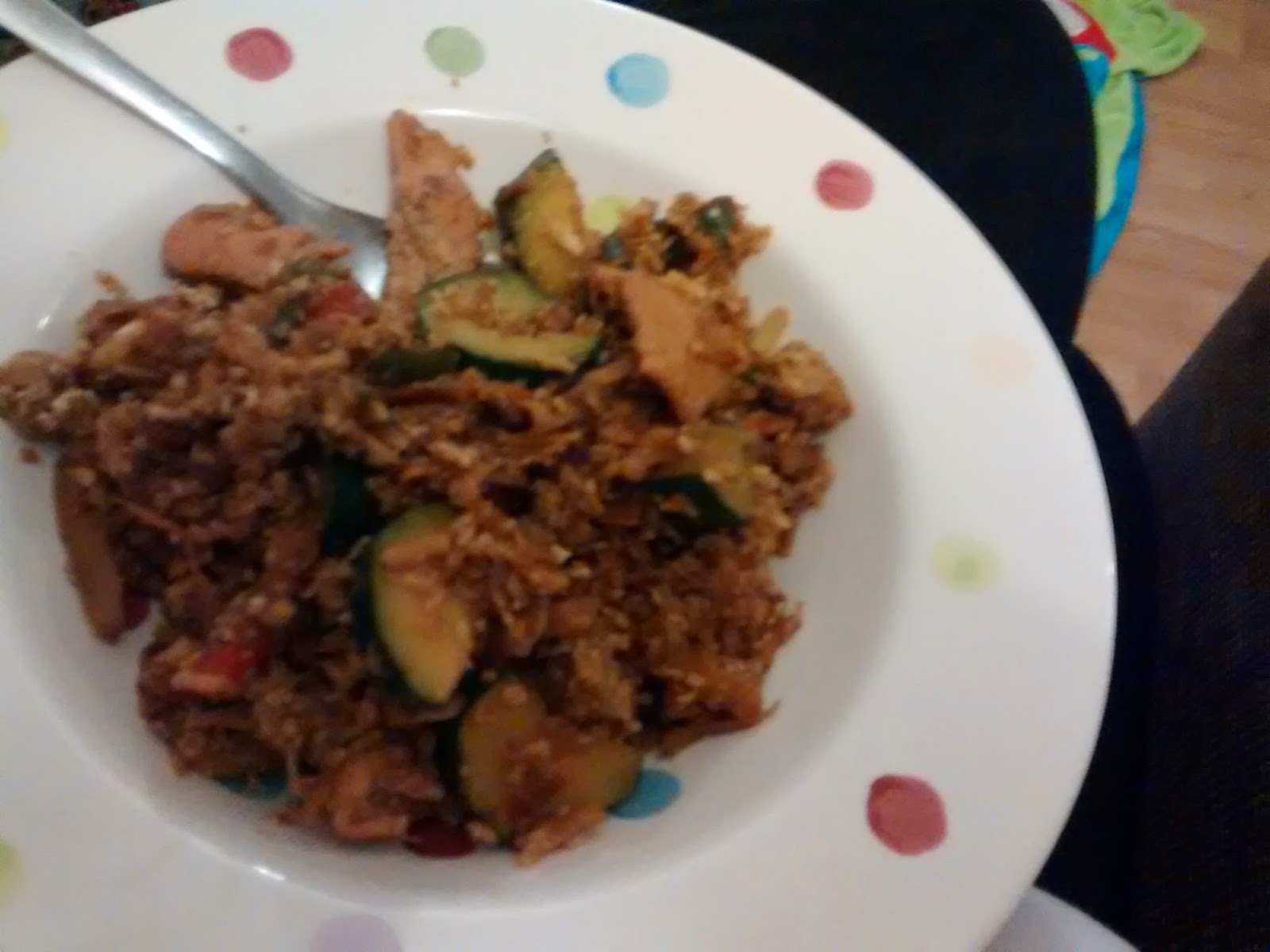 I was sent some Danepak reduced salt bacon to review. The bacon is 30% less salt than the standard version - as far as packaged bacon goes I'd definitely buy this again.  Obviously it isn't in the same league as bacon from the butchers, but it isn't meant to be, it is a vast improvement on the Aldi bacon we've had recently though.

In terms of taste, you can taste from the first mouthful that there is less salt in the bacon, I often find supermarket bacon too salty, particularly if I'm going to use it in a meal the whole family is eating.

I used my bacon in an omelette, cauliflower 'fried' rice and we shared out the remaining in sandwiches.

I'd buy this again, over the other supermarket bacon.
Posted by Unknown at 10:26 No comments: 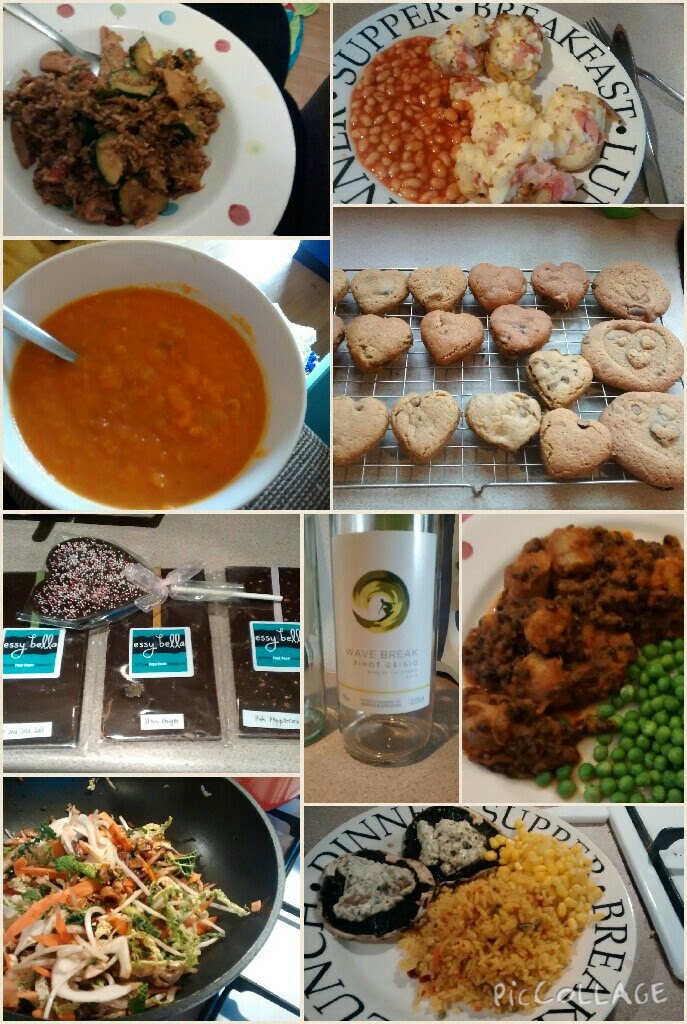 Over the last two weeks I've eaten a few stir fry meals, lots of soup (butternut squash and red pepper shown above), a sausage and puy lentil stew (I loved it, everyone else hated it), cauliflower fried 'rice' and stuffed mushrooms.

In celebration of valentines day Daisy and I made double chocolate heart cookies, and Phil and I had an M&S dine in meal.  The wine was the star of our meal, Wave Break Pinot Grigio - absolutely delicious, we'll be stocking up with more of that.

I also bought some Essy & Bella chocolates, these are dairy, egg and gluten free. I always imagine "free from" products as being tasteless, these definitely are not. I bought pink peppercorn and sea salt, lime and sea salt and ginger bars, and got Phil a heart lollypop. Our favourite was the lime one, we love chocolate lime sweets, so this was a perfect bar for us to share.

So far this month I've eaten out with the girls at Little Tokyo in Leeds, fantastic as always, and will be heading into Trinity Kitchen for a Fish& fix next week.

Slimming world wise, I got slimmer of the month for January - 8.5ibs off, but have totally gone to pot and gained 3ibs last week! I'm expecting another gain this week after all the wine and food we've had this weekend. Need to give my head a shake, and stop snacking.
Posted by Unknown at 21:47 No comments:

I've been back at Slimming World for a while now, but didn't really get my head back round it until January. I lost 8.5ibs in January and was my group's slimmer of the month.

Although I'm expecting a gain this week (biscuits, chocolate, toast...) I am really enjoying being back on plan.

I eat lots of soups, omelettes, pasta and rice dishes and try to eat as much 'speed' fruit and veg as I can. I've even had a go at egg 'wraps'. 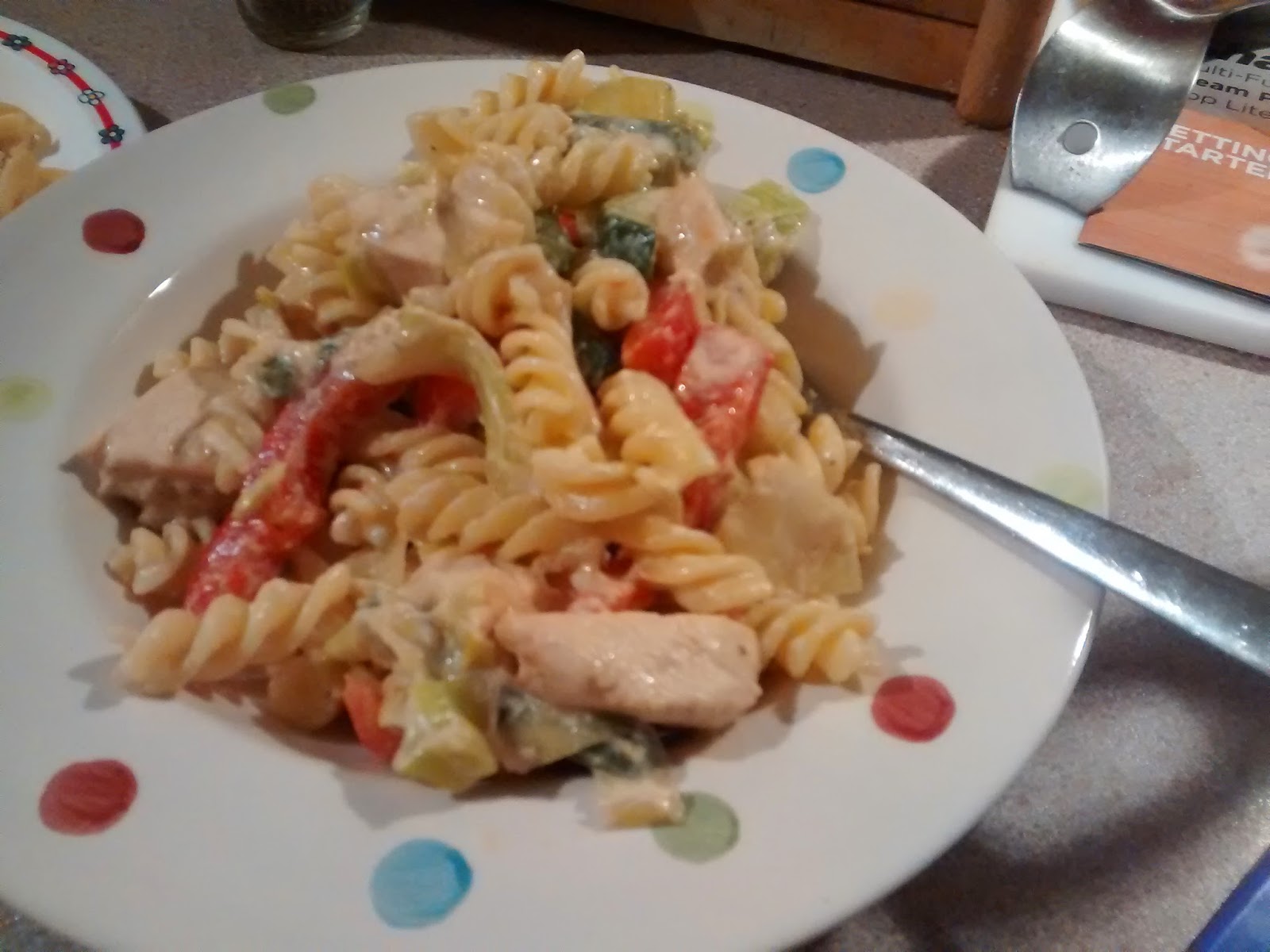 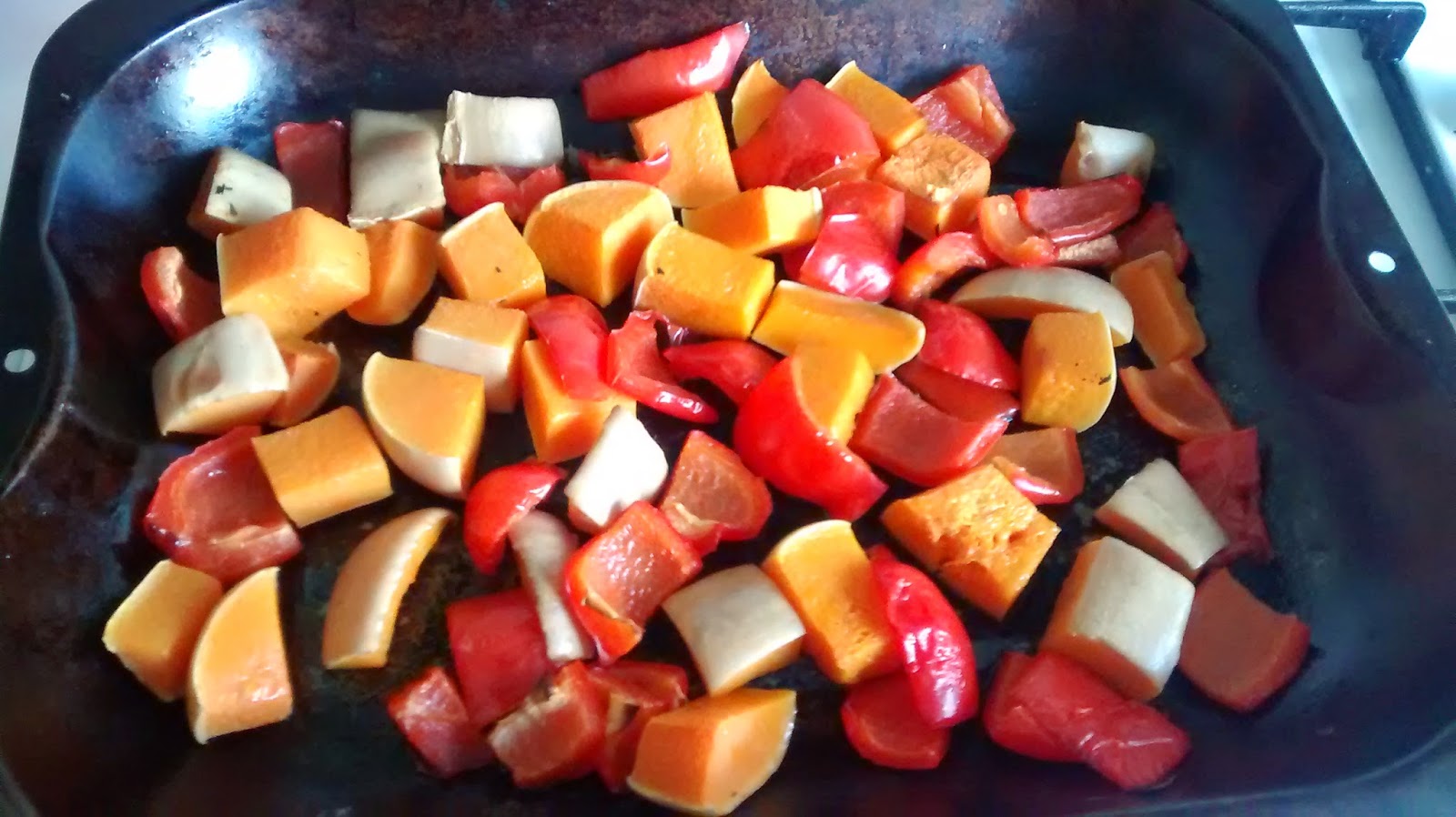 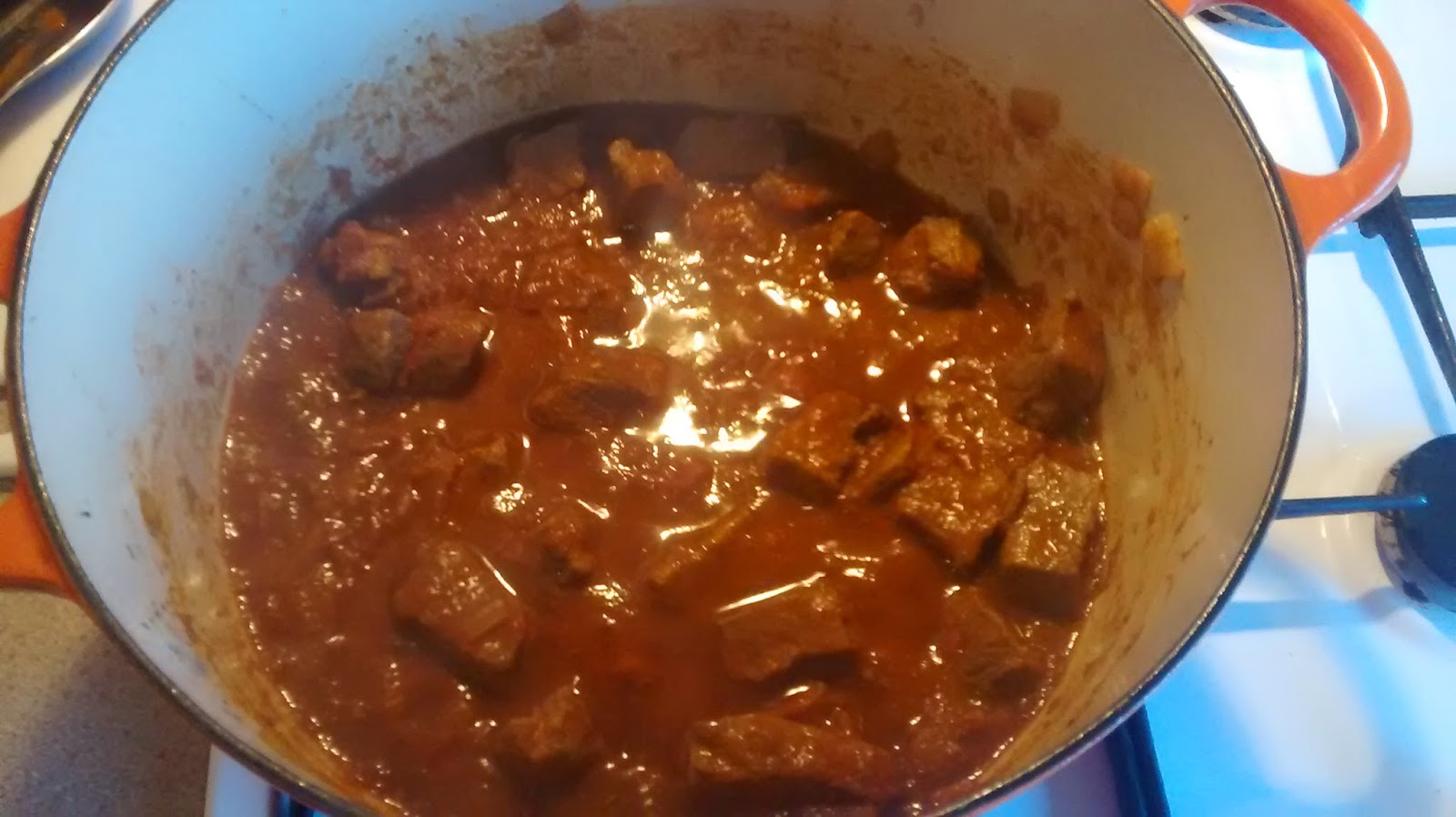 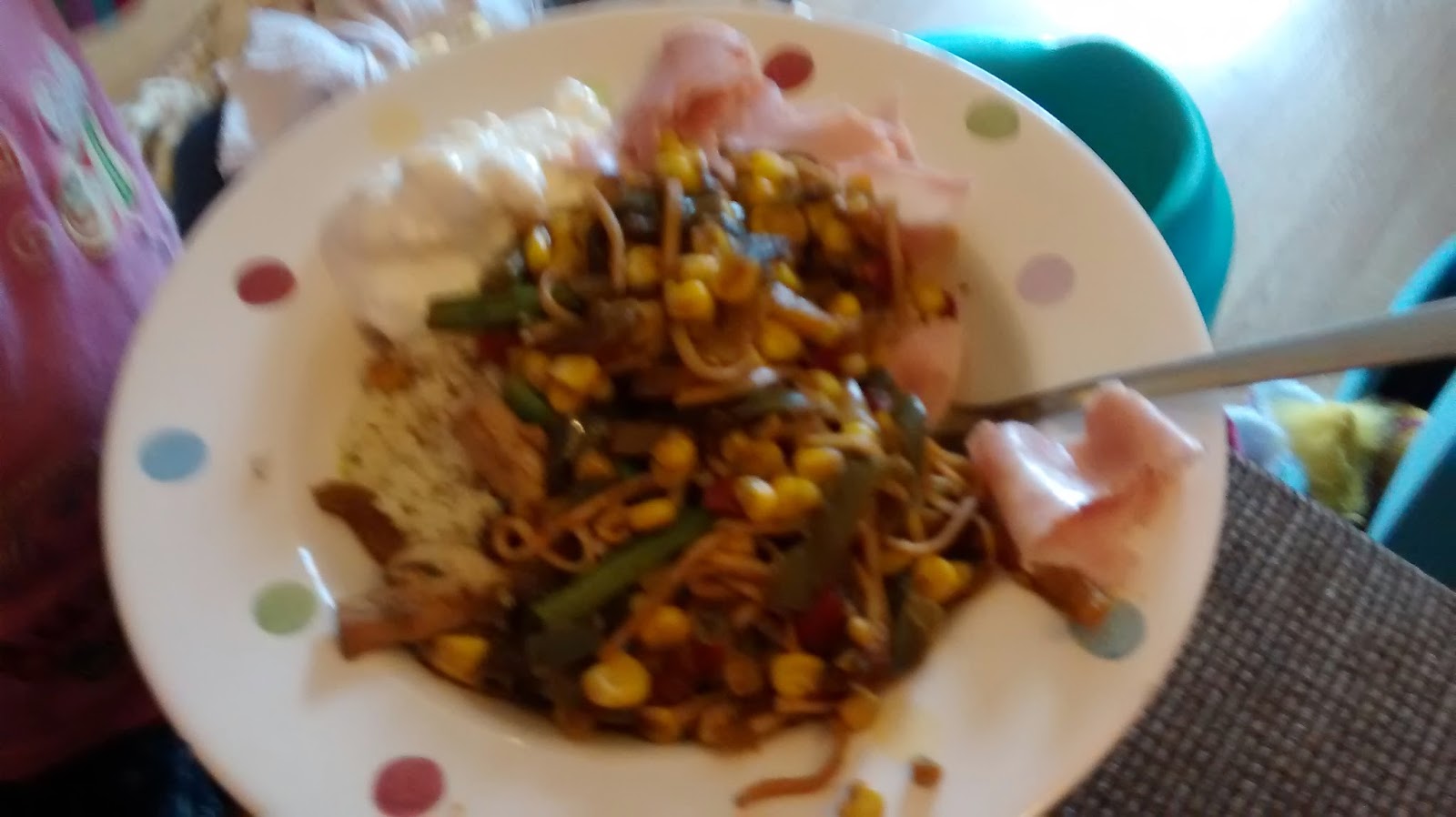 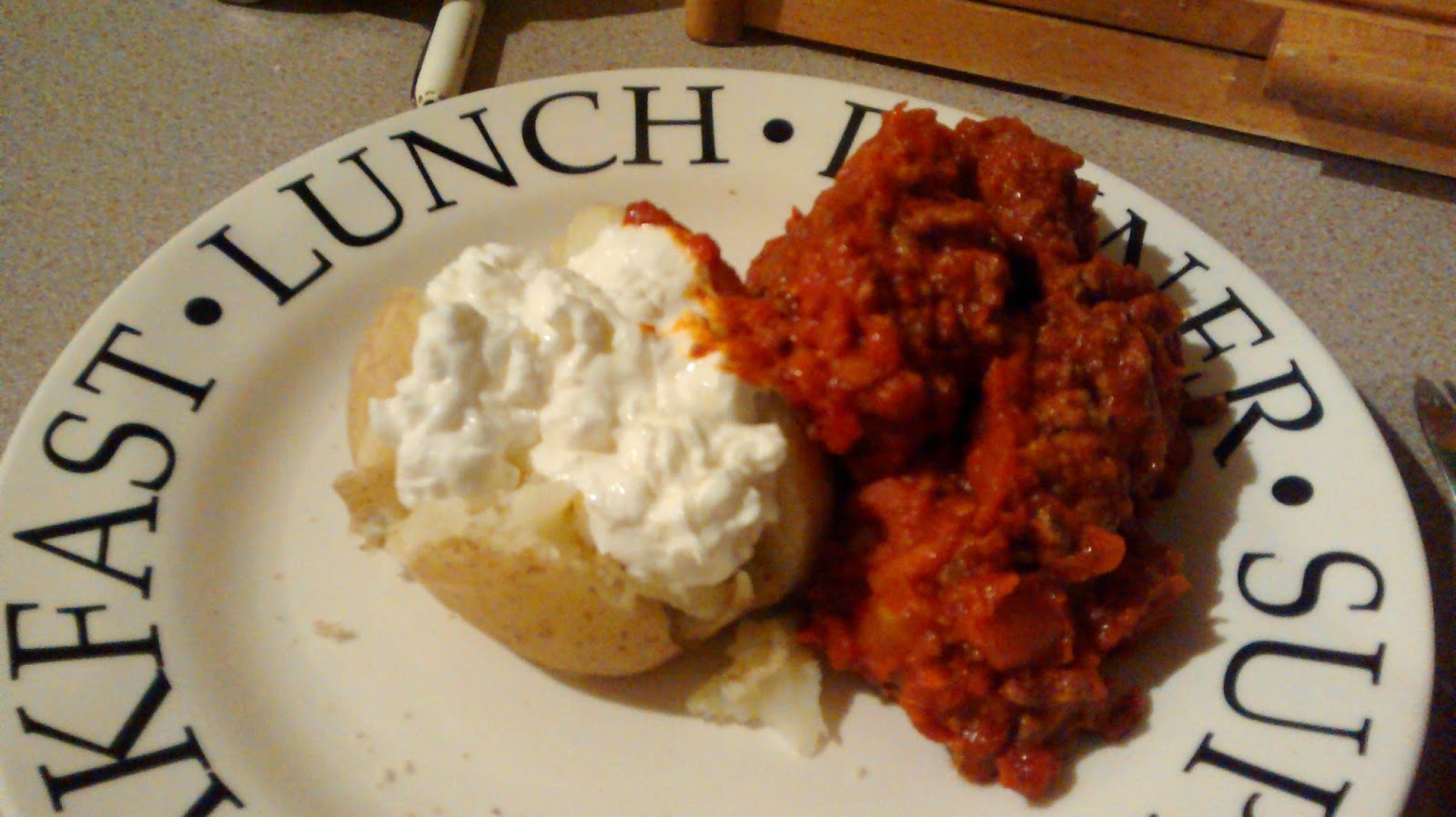 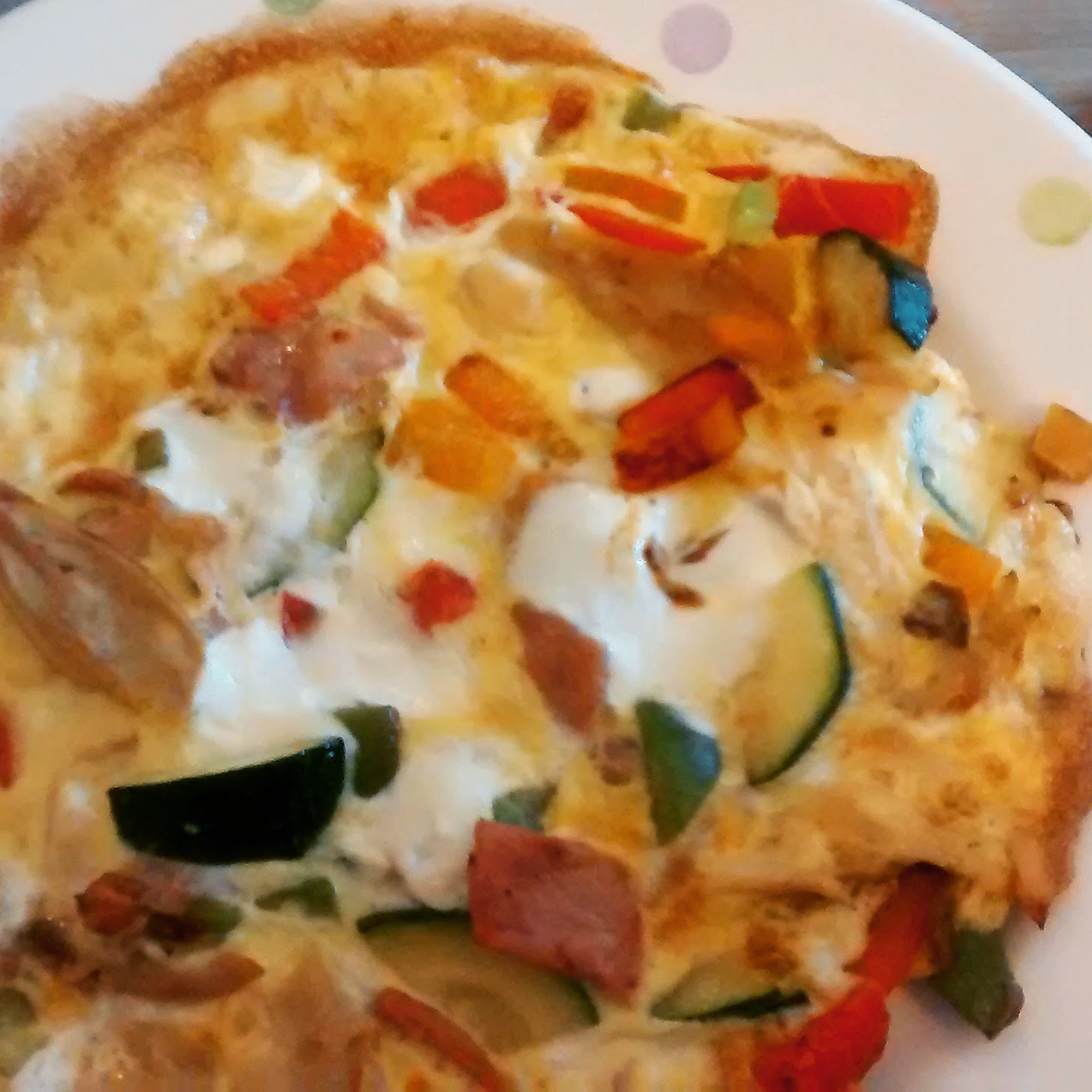 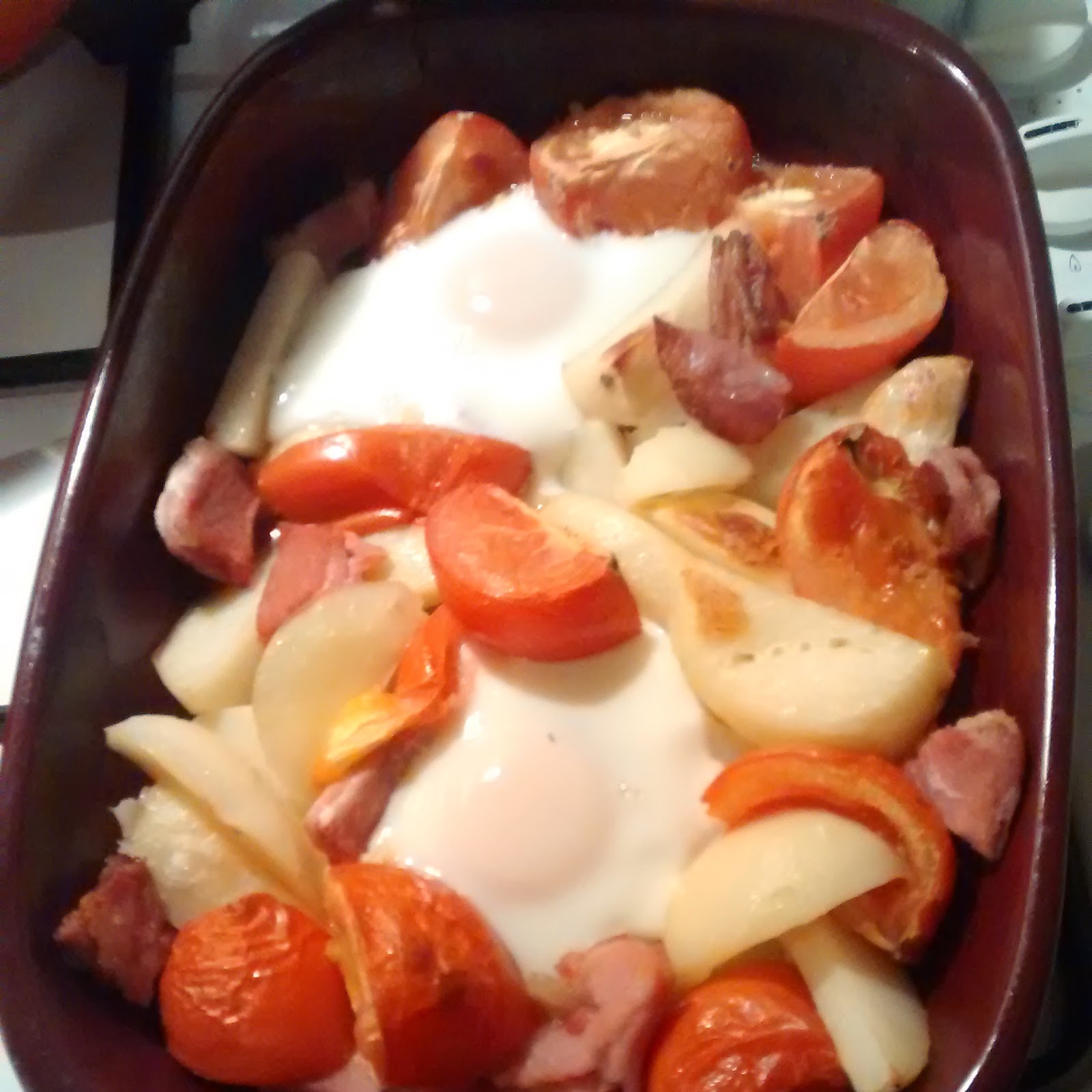 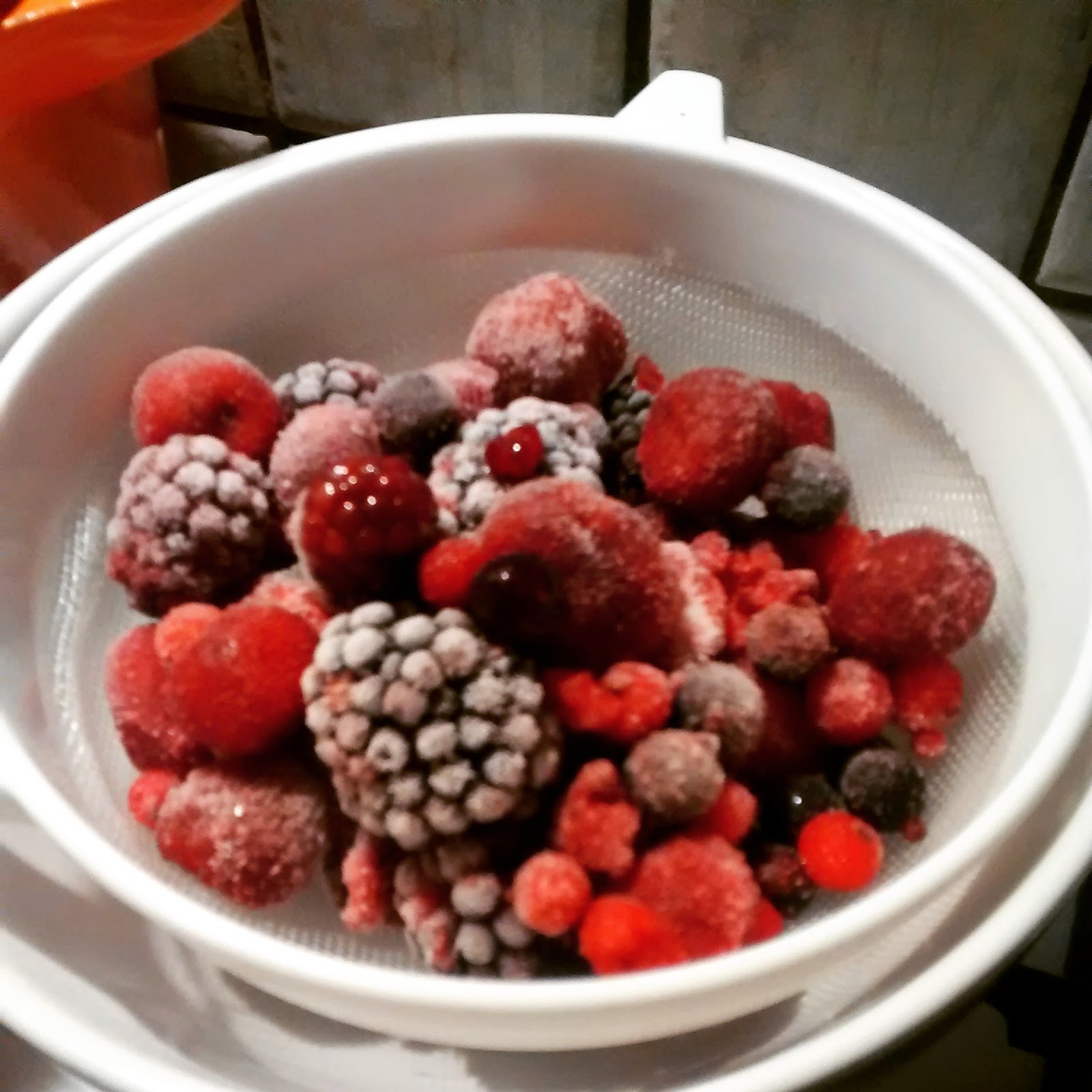 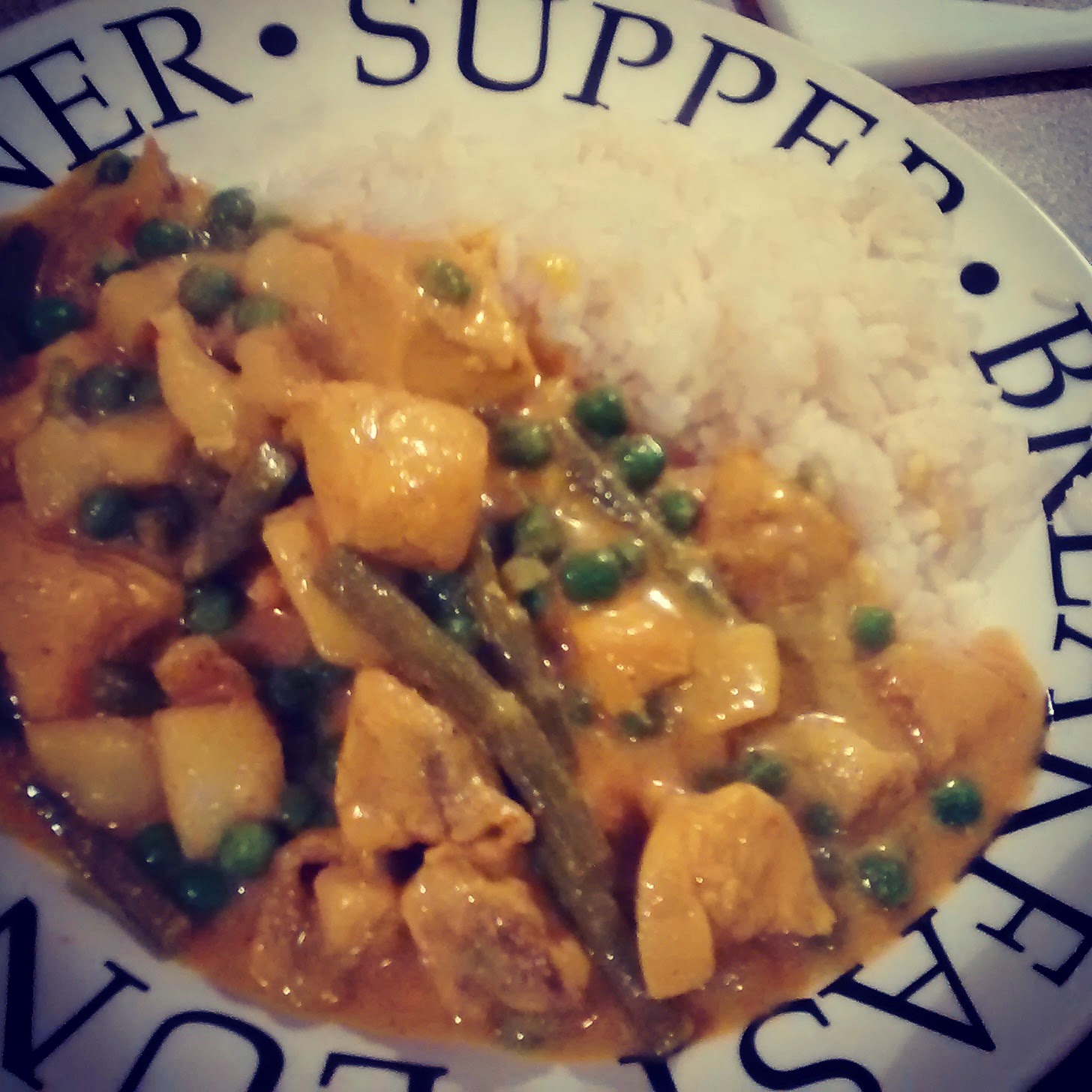 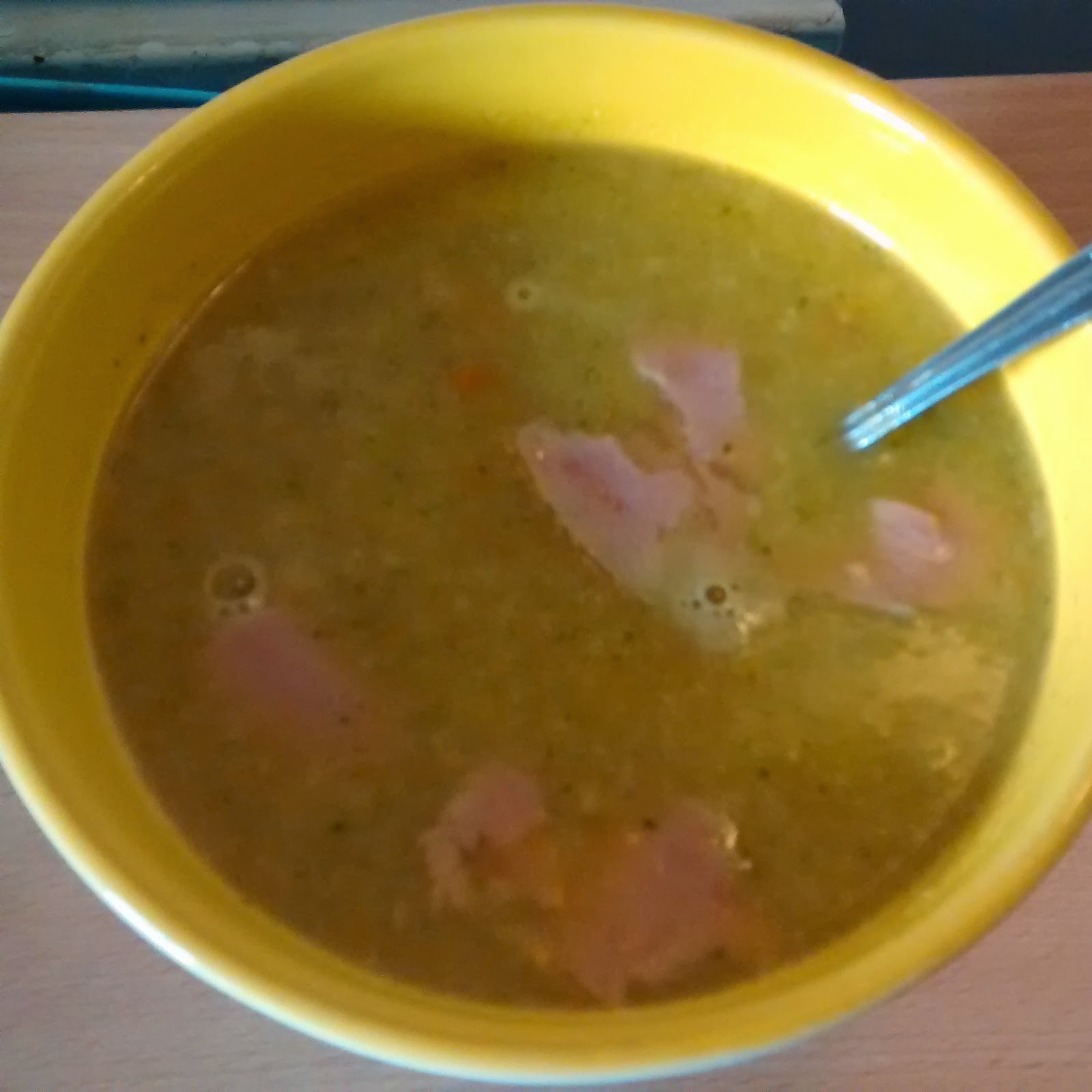 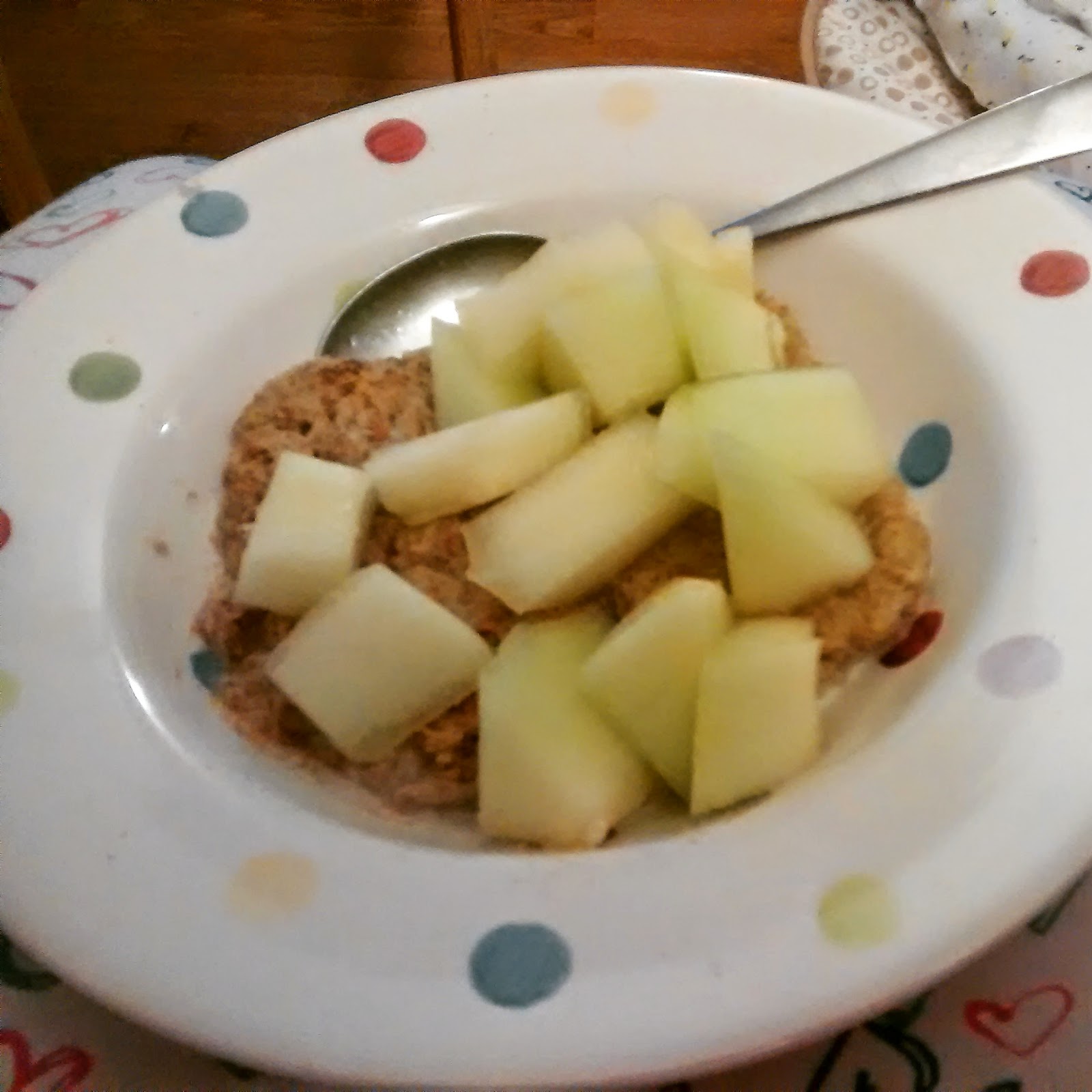 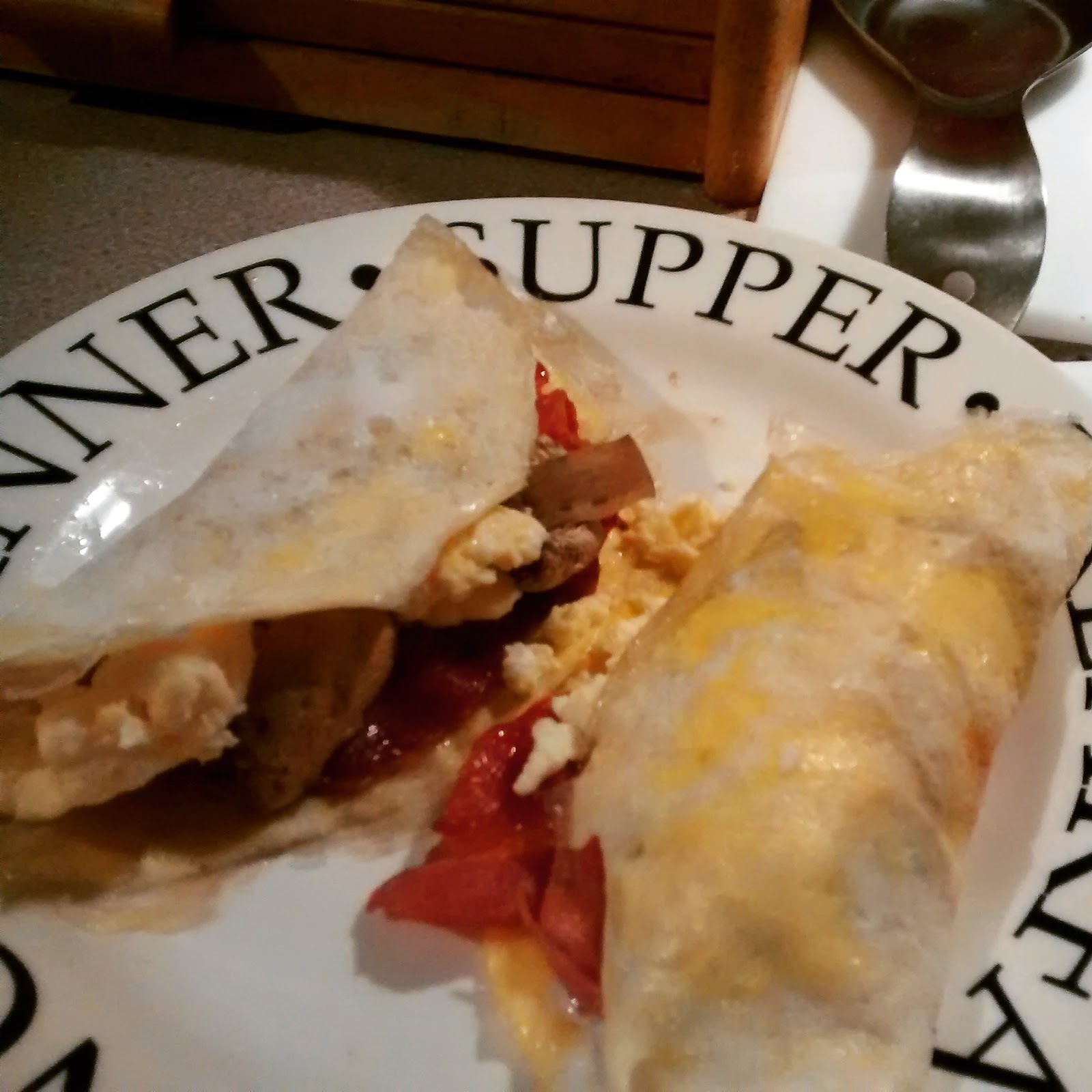 My version of Homity Pie

A Traditional Homity pie has a pastry base and is filled with potatoes, onions and leeks.  There's currently a Slimming World recipe for Homity Pie on the app, I adapted it to fit a fussy eater, and also to use up some broccoli.

Method
I peeled and chopped the potatoes then threw them in a pan of boiling water to cook.

While the potato was cooking I chopped the leftover broccoli and put that in boiling water to cook.

I sliced the leeks quite thinly and sautéed them in fry light with some garlic, then added a generous amount of frozen peas.

While all three pans were doing their stuff I grated the cheese, and weighed it until I got to 120g worth.

When the broccoli was almost done I drained it then added that to the leek and peas pan.

When the potatoes were done I drained them and mashed with a splash of milk, then added the egg and the vegetable stock.

I mixed the green vegetables into the mashed potatoes and added three quartets of the cheese to the mixture.

I poured this into a baking dish - spraying the dish with fry light first, sprinkled the remaining cheese on the top and popped into the oven at 200 for 25 mins. 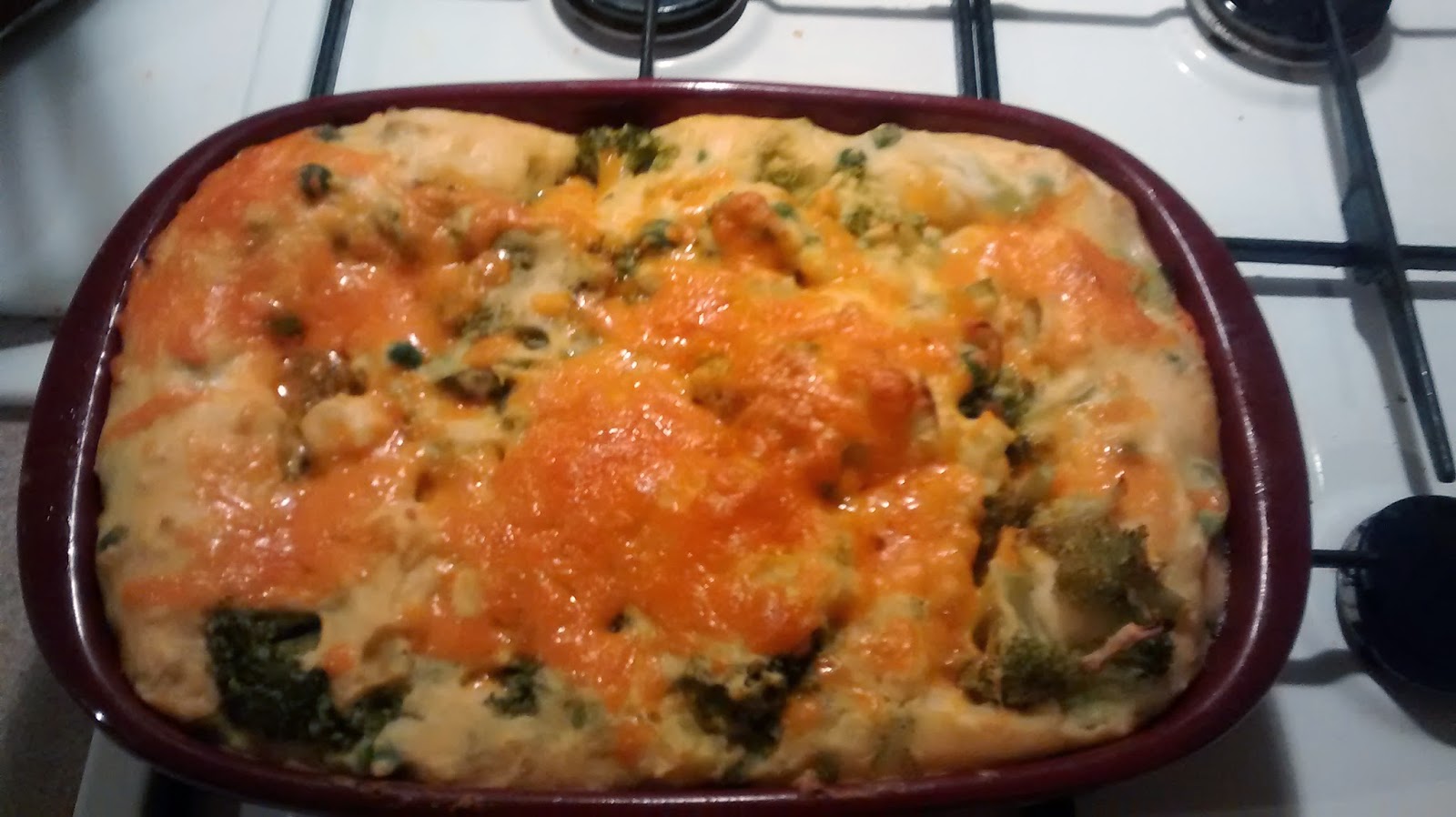 It was delicious. I'd definitely add the broccoli again, maybe even some spinach too - it did need more leek though to make up for the missing onion. If you were going to make this then I would double the leek, or add an onion.

This did 4 portions, working out at 6 syns per portion with the cheese. (Milk from my HExA). A high syn value, but definitely worth it!